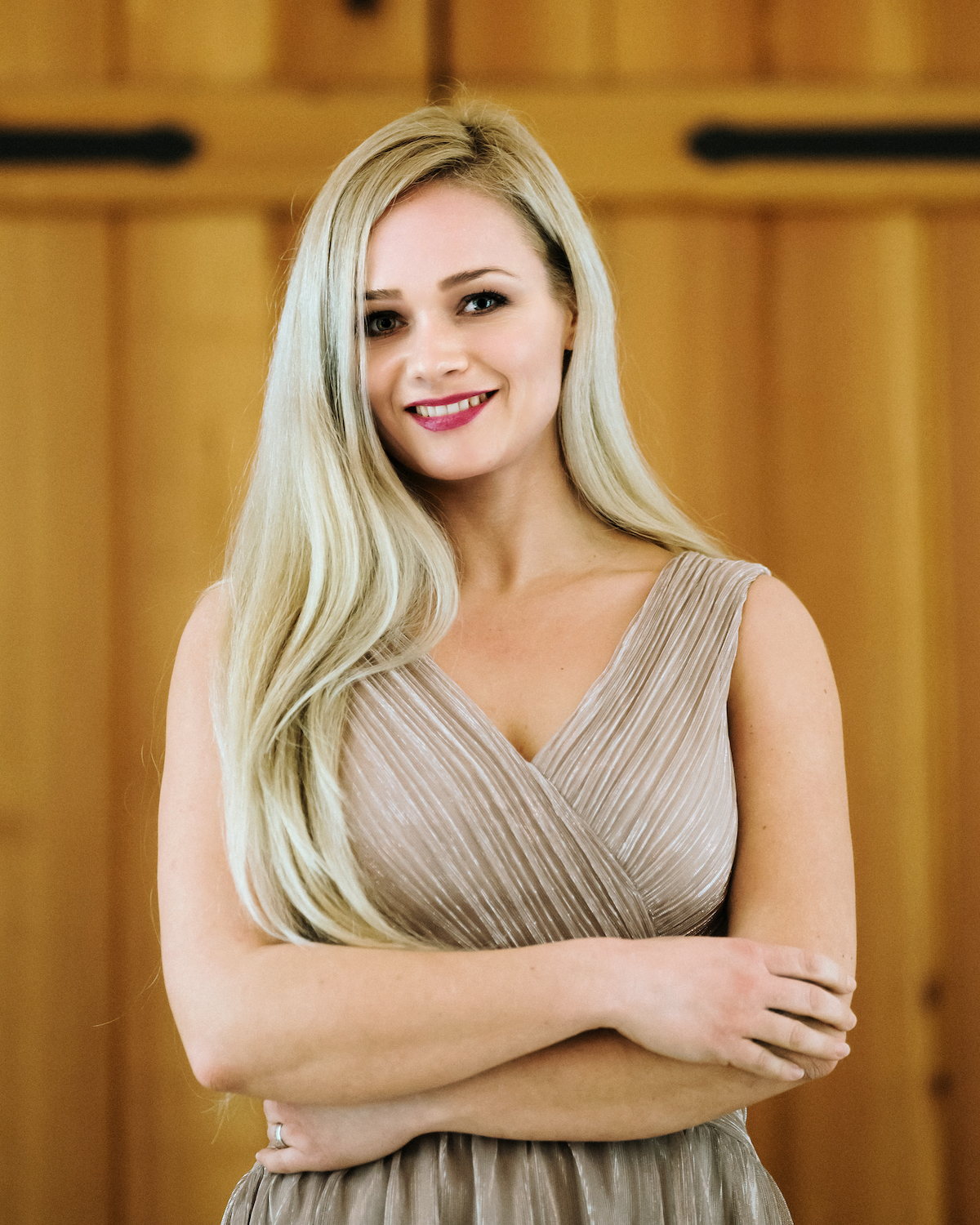 She recently made her debut as Olympia (J. Offenbach, Les contes d’Hoffmann) in the SNG Opera and Ballet Ljubljana and as Blondchen (W. A. ​​Mozart, Die Entführung aus dem Serail) in the SNG Maribor.

Her stage creations include roles such as SisterConstanceof the Poulenc opera Conversations of the Carmelites, Rosinain Rossini’s comic opera, The Barber of Seville, Norinain Donizetti’s Don Pasquale, and Violettain Verdi’s La Traviata.

She sang solo roles in Orff’s Stage Cantata Carmina Burana, Mozart’s “Sparrow Mass” in C major (Spatzenmesse, K. 220), Haydn’s Missa brevis, and the Chamber opera Imagined Reality.  In November 2010 she made her debut at the SNG Opera and Ballet Ljubljana with the role of the Queen in the Youth Opera, Pastir Petra Šavlija.  She has performed on the concert subscription “Moves and Delays” with renowned pianist Charles Spencer;  as part of the Youth to Youth Concert of the Musical Youth of Ljubljana, featuring Brahms’ Love Walks;  at the 7th Concert of the International Music Cycle Young Virtuosos;  at the concert of soloists of the Academy of Music with the SNG Opera Symphony Orchestra and the Ljubljana Ballet and at several concerts with the Slovenian Army Orchestra.  She has also performed as a soloist with the SNG Maribor Symphony Orchestra at the Christmas New Year Concert, at the Opera Night Concert in the City Park and as a guest performer in Oderzo, Italy.

In March 2013, she made her Ninon debut in the Gorenjski slavček, and in April she collaborated with renowned Slovenian conductor Marko Letonja.  In the 2013/2014 season, she made her debut in the role of Adele in the Strauss Opera Die Fledermaus, and then in the role of the First Fairy from Dvořák’s lyrical opera Rusalka on the stage of  SNG Maribor.  In the 2014/2015 season, she made her acting debut as the Queen of the Night at the Opera SNG Maribor in Mozart’s Magic Flute, and then as Princess in Cui’s fairytale opera Puss in boots.